This weekend saw the annual SSB Field Day event and once again I took part with the Camb-Hams at G3PYE/P.

For the past couple of years, we’ve entered with a checklog because frankly life is too short for QRP and we got a lot more enjoyment from the contest by using an amp. This time, however, we decided to stick to the rules and use 100W only, so we could put in an entry. 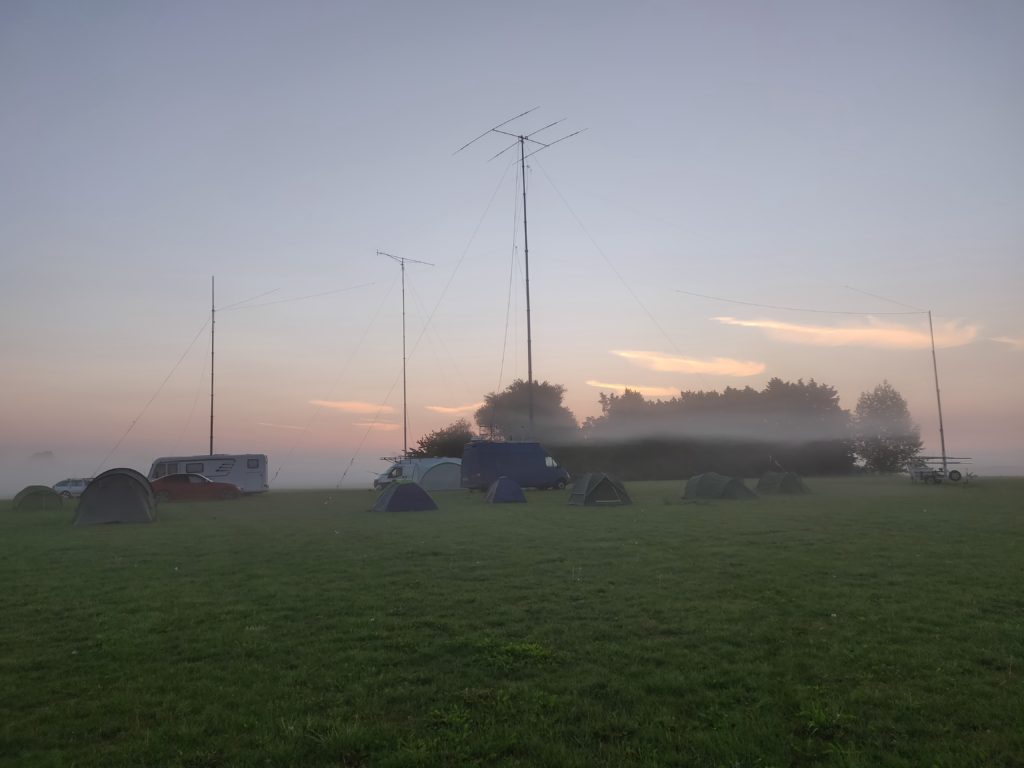 Early morning at G3PYE/P. A3S on Amy (also the centre of two dipoles), and 17-ele for 2m on Flossie. The trailer mast and campervan are just dipole supports.

On the Thursday evening before the contest, we got some bad news: our normal operating location wouldn’t be available and so massive thanks need to go to M0VFC, M0ZXA and many others who spent Friday trying to secure an alternative field at one day’s notice. Amazingly, they found a location to the north of Cambridge, only 4m ASL, but surrounded by flat fen land. On the Friday evening, we gathered at our newly-found location to start setting up some of the equipment.

Most of the set-up, however, was done on Saturday morning. We actually weren’t only operating in SSB Field Day but also in the 144MHz Trophy contest (although given our low location and the fact we only had a single 17-ele beam, we knew we wouldn’t win on 2m). We soon had the 2m beam mounted on the Camb-Hams van, Flossie. Shortly afterwards, Flossie’s sister, Amy, arrived courtesy of G4CWH, and we installed an A3S beam for 20m-10m and dipoles for 40m and 80m on Amy’s more substantial mast. 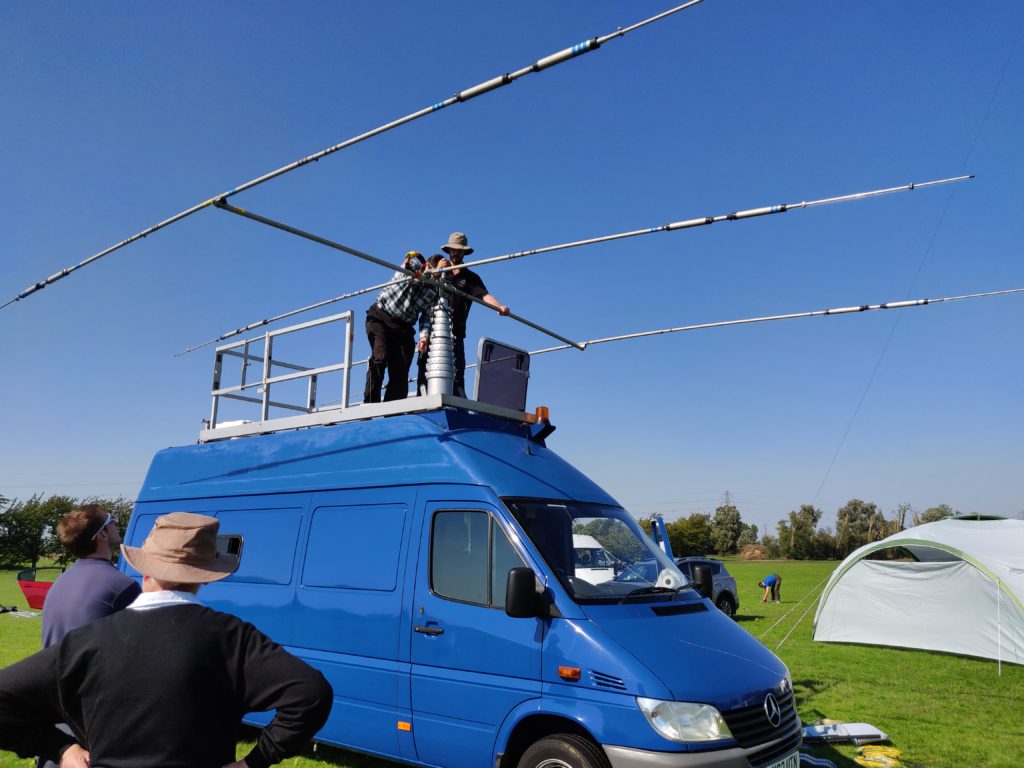 I didn’t operate on 2m, but our setup there was an Elecraft K3 with XV144 transverter and a Beko amplifier.

On HF, we also used two Elecraft K3s straight into the antennas. With the K3’s clean signals, there was no need for bandpass filters. This was as well, because, in order to comply with the rule that you can only have one signal at a time, we needed to use the ACC port on the K3s for a hardware interlock (see the TX INH menu item in the K3 manual for details on how this works).

Although I’ve tried interlocked multi-station operation before, this was the first time M0VFC and I actually got it to work. The theory is straight-forward enough: each station interleaves their overs such that one station is hearing a reply while the other calls someone. It takes a lot of timing, and awareness of the stage of the other operator’s QSO, and above all competent operators on the other end of the QSO(!) but it can give some fantastic rates.

I don’t have a copy of the log to give a final summary (yet) but QSO total was in the region of 700 QSOs. We were very pleased with this, especially given the hastily found location.