As a result of the very hot weather we had during June and July, I haven’t been doing much SOTAing for the last few weeks but now the weather is somewhat cooler, I took the opportunity of the Bank Holiday weekend to travel to the Peak District to get a few more points.

The highest point in the Peak District (or, Southern Pennines, as SOTA puts it), Kinder Scout is also famous as the site of the Kinder Scout Trespass of 1932, which led to modern land access legislation in England. The summit is a 4-point summit for SOTA.

I followed the trespass route from Bowden Bridge, just outside Hayfield, heading east to reach the Kinder plateau.

The Bowden Bridge pay and display carpark was full when I arrived, but there’s plenty of roadside parking along the verge towards Hayfield. Leaving the car, cross the bridge over the stream at SK 0487 8692, and continue on the tarmac to Tunstead House. At a house called ‘Kinderstones’, take the gravelled track straight ahead, leading to Tunstead Clough Farm, where the path veers right around the farm buildings. At the back of the farm, around SK 0546 8671, the path becomes a more rugged track, leading to some fields. 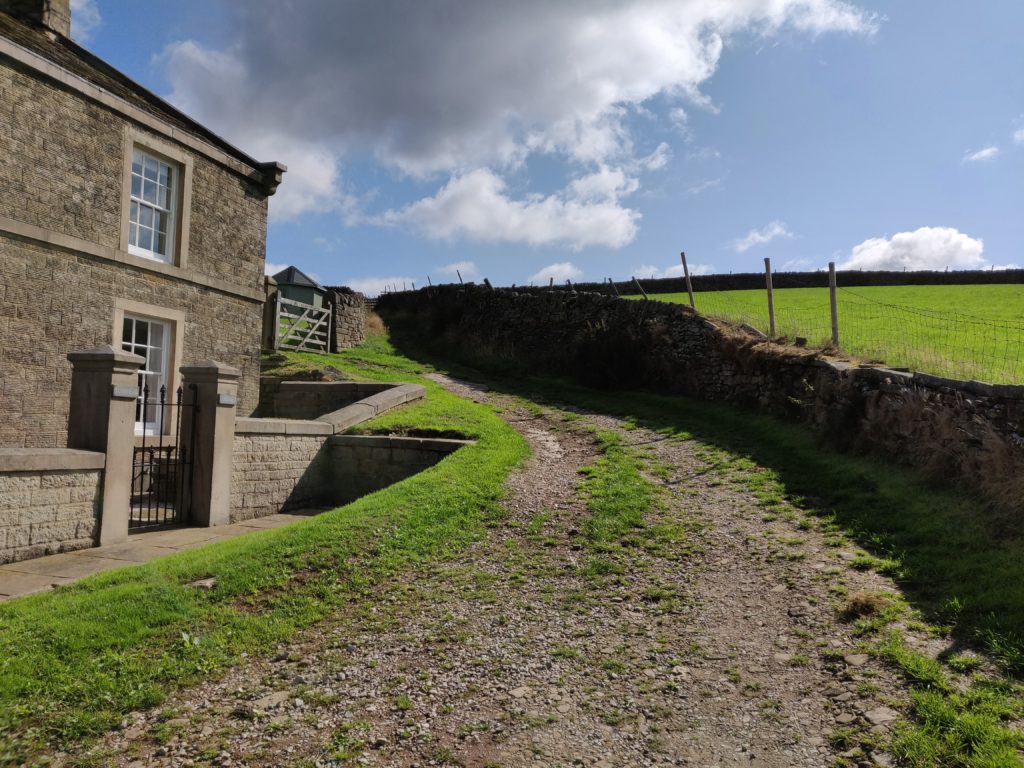 The back of Tunstead Clough Farm, where the road becomes a track

Keep walking straight ahead, crossing the fields at the obvious gateways in the fences to SK 0646 8663, where you come out onto open moorland at the foot of Kinderlow End, a rocky outcrop that marks the edge of the Kinder plateau.

Keep walking through fields to the obvious gateways

I missed it at first, but straight ahead of you, heading almost directly up the hill, is a set of steps that take you up the face of Kinderlow End. When you get to the top, looking behind you, there’s a spectacular view looking across the countryside towards Manchester in the distance. 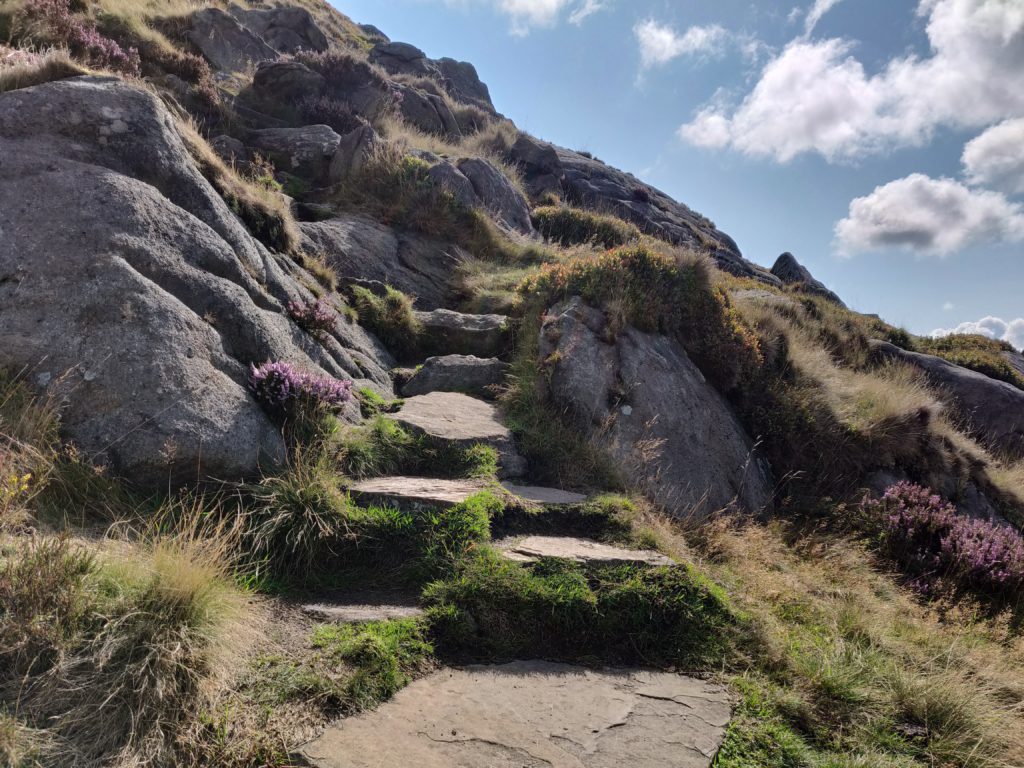 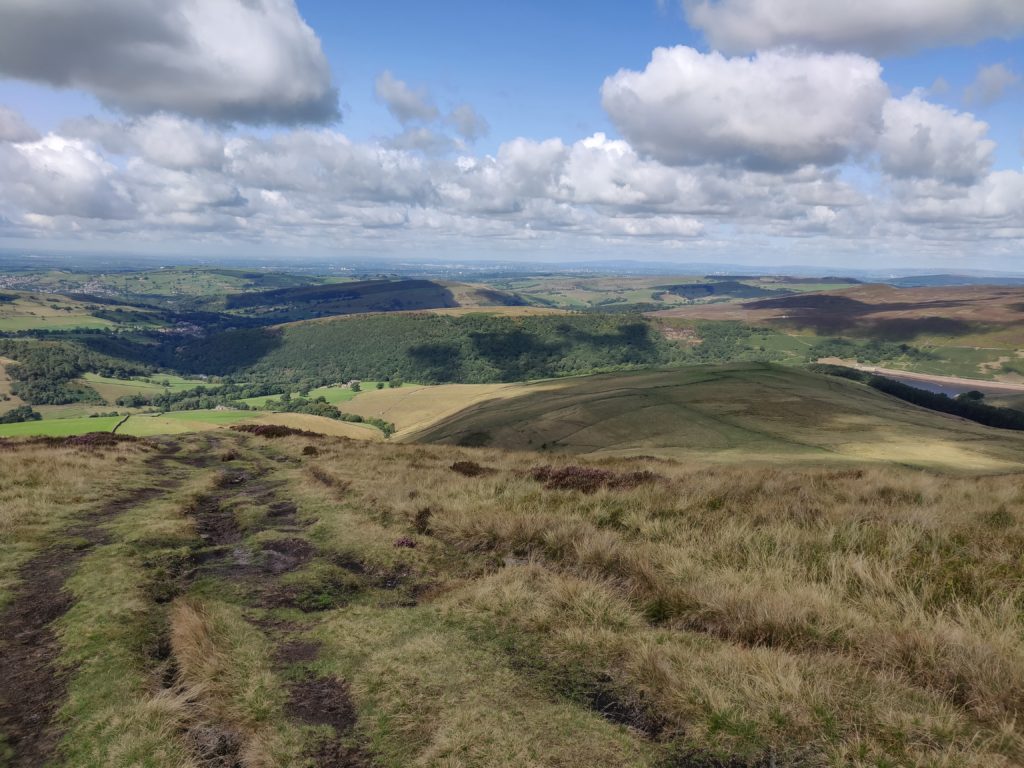 The view from Kinder Low, looking towards Manchester

There’s a well-made stone path heading across the plateau (even though it isn’t obvious from the 2015 OS map), and you soon reach the cairns and trig point at Kinder Low, once believed to be the highest point (633m). It is now known that a point about 700m to the north-east is slightly higher at 636m, although there is no marker there. From a SOTA perspective, it doesn’t really matter as the majority of the plateau counts as the activation zone. 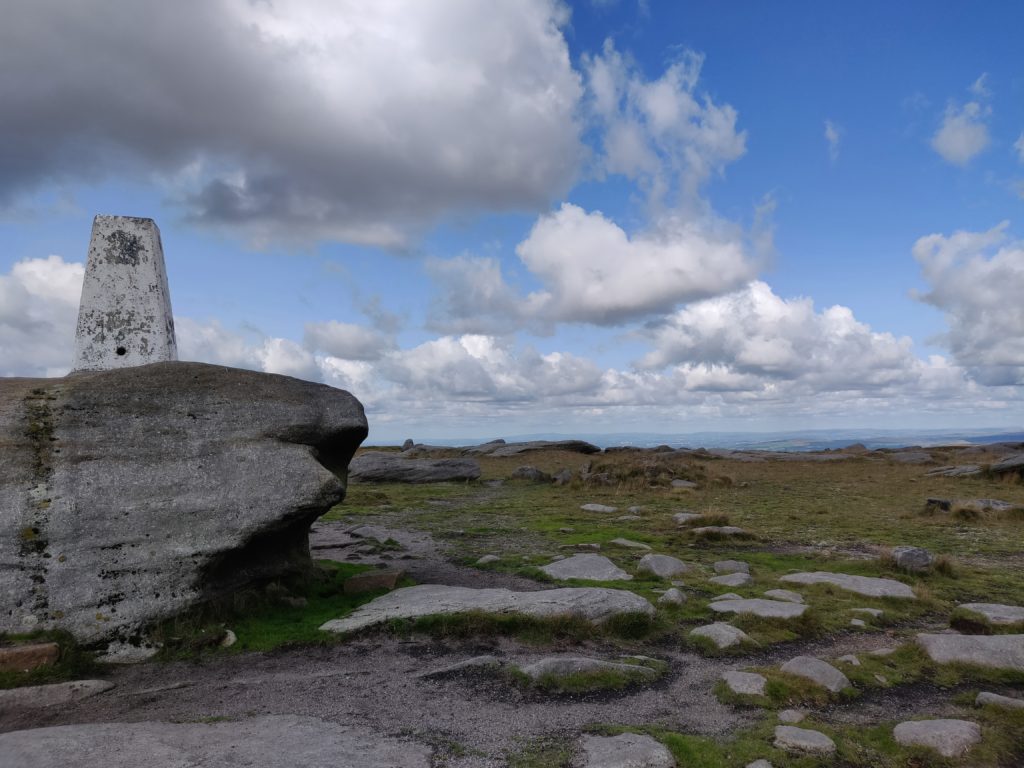 The trig point at Kinder Low

Note that Kinder Scout can get busy, so it’s worth heading out off the main paths to set up. Watch for the bogs and be careful of navigation up here. The flat top all looks similar and every time I have been up here, I have (to a greater or lesser extent) ended up heading in the wrong direction.

The route starts from SJ 9999 7213, just off the A537. There’s parking in various laybys around the Cat & Fiddle Pub, and in fact I was able to park at the start of the path itself.

The layby at the start of the path 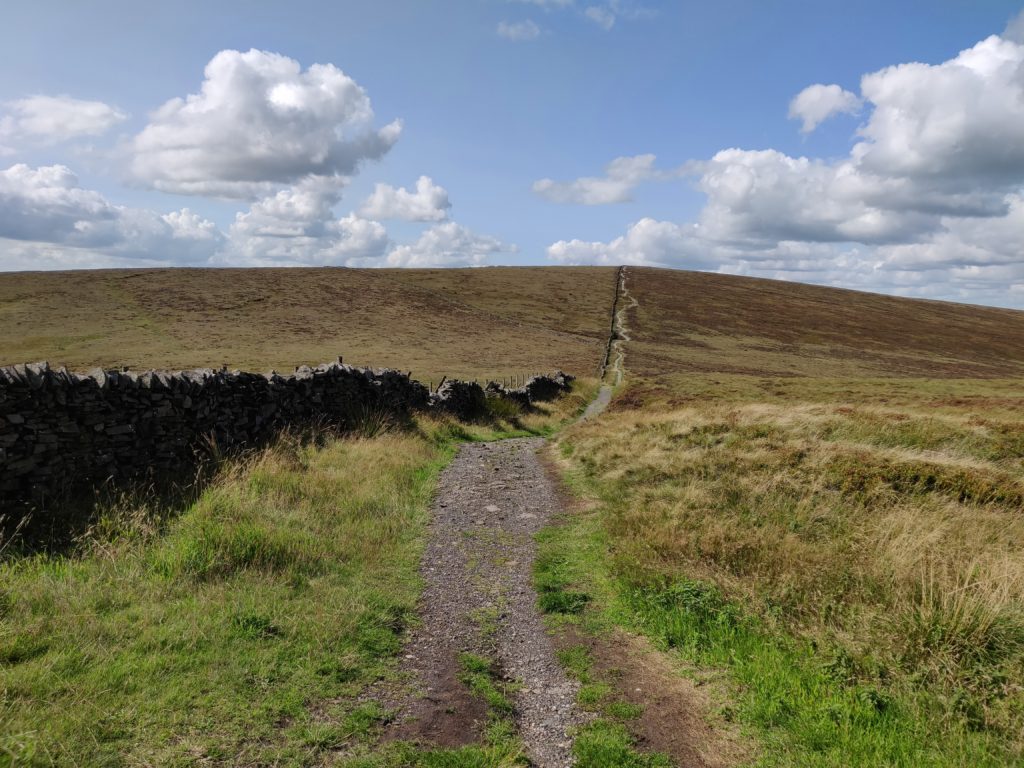 The well-made path heading up to Shining Tor

There’s a trig point at the summit and a nice stone wall next to the trig point, which affords some protection from the wind for operating from. 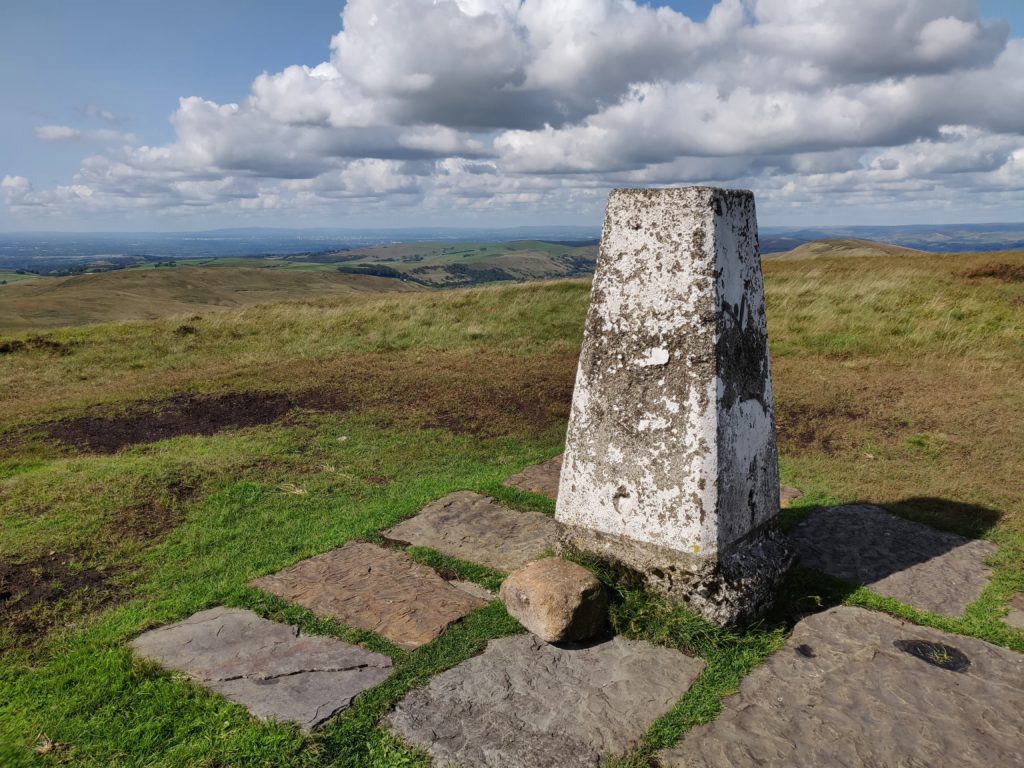 The ascent took me about 35 minutes. It’s only a 75m climb over about 2km, so a nice quick and easy location to activate.

As with Kinder Scout, I made all my contacts on 30m CW and I had more than sufficient QSOs for the activation within about 15 minutes.