This post is part 3 of a series of three posts about my time doing SOTA in the Wicklow mountains. For part 2, see Wicklow Mountains SOTA Trip – Day 2: Djouce and Trooperstown Hill.

After leaving my B&B in Laragh, it was a 50 minute drive in frosty conditions via the picturesque lakes outside Blessington up to Sorrel Hill, a small dimple on the landscape which is nevertheless worth 6 points plus winter bonus. The road to the car park at Sorrel Hill is single track, but the grass verges mean there’s plenty of places to pass. The car park itself was quite busy for a cold, crisp morning, but most of the people were heading on the path south towards Black Hill (not a SOTA), rather than heading north up Sorrel Hill.

The path itself is an obvious grass track straight up the side of the hill, and in no way steep. The only thing that made the walking difficult today was the frozen mud and puddles, which made the surface uneven. The ascent took about 40 minutes, and the descent (by which time the frozen mud was starting to thaw) took just over 20 minutes. 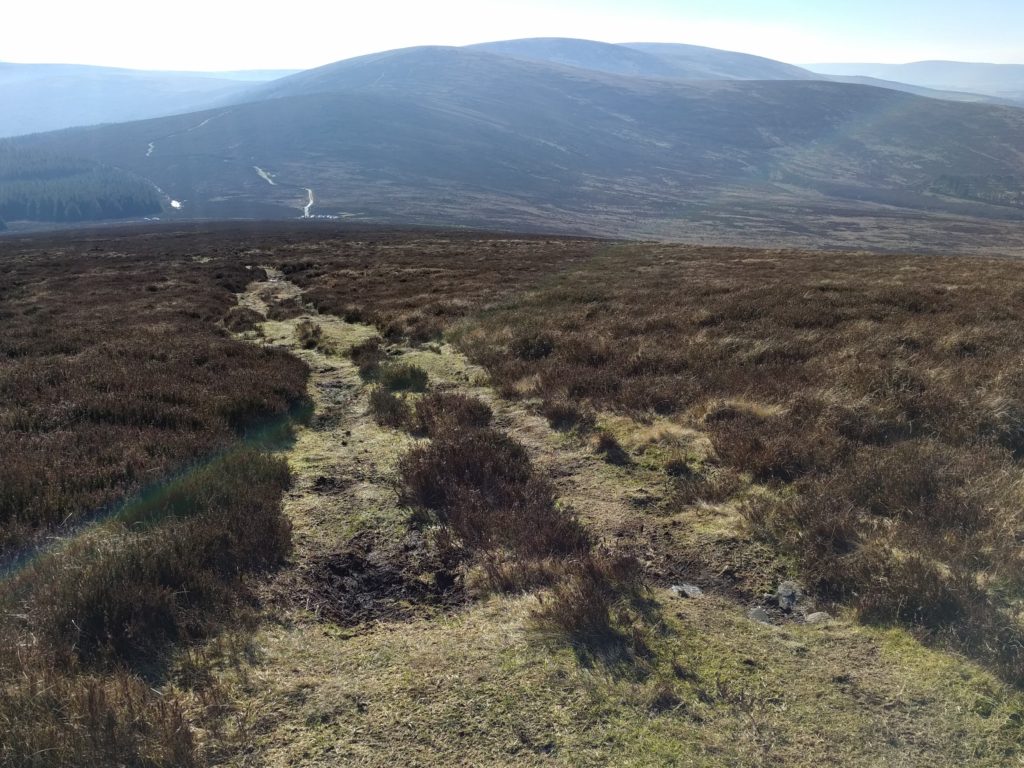 The grassy path up Sorrel Hill, with the car park just visible at the foot

At the top, I set up in the shelter of the cairn as it was nice and quiet and, now that the haze of the last couple days had cleared, there were some very nice views. Don’t let the blue sky deceive you, though – the wind was still cold and strong! 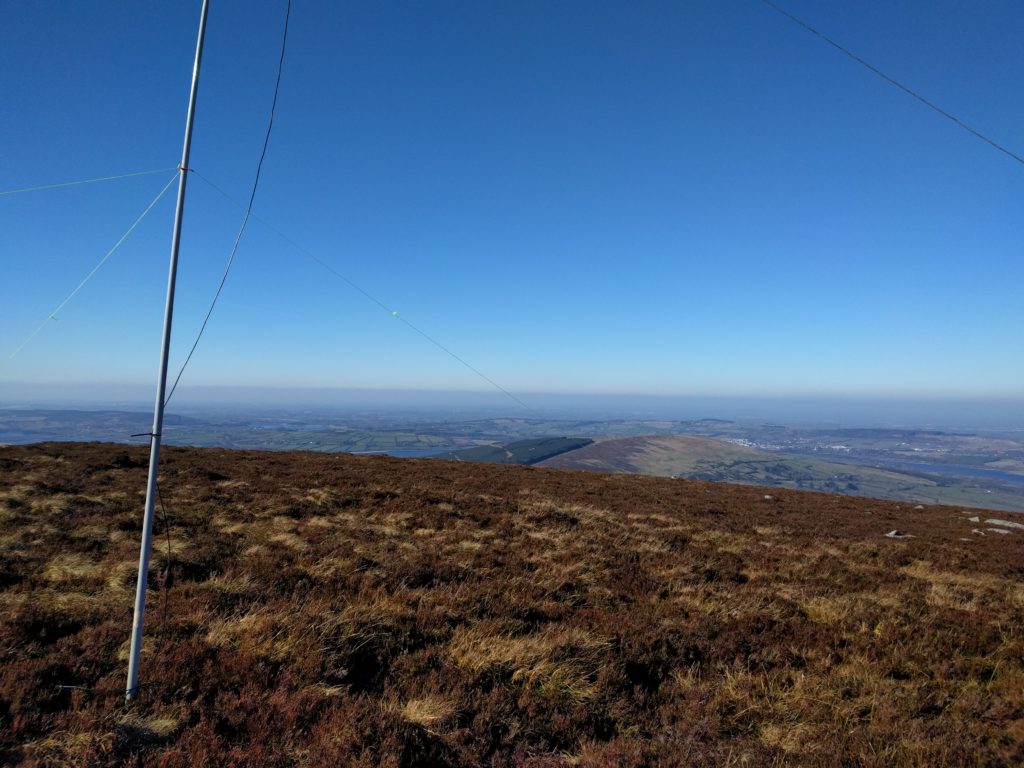 The view to the west from the top of Sorrel Hill 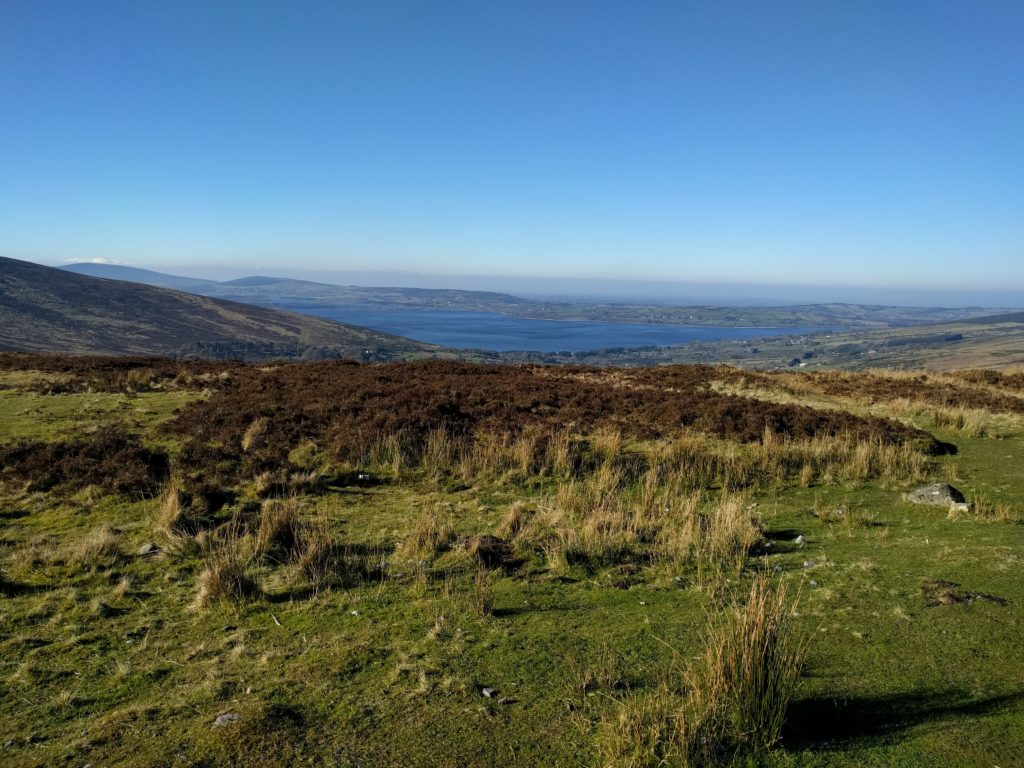 Poulaphouca Reservoir, near Blessington, seen from the climb up Sorrel Hill

Overall, this is a lovely hill and very easy for six points. I made 20 30m CW QSOs from here and, out of the wind, it was a very nice activation. It was quite surprising that it had only been activated 7 times before.

If it was surprising that Sorrel Hill was so little activated, Saggart Hill is even more of a mystery. This was the fourth ever activation of this hill, despite the fact that it is located very close to the N81, the main road heading south west from the M50 (Dublin’s ringroad).

To be fair, I wasn’t originally planning to activate this little two-pointer either but with some time to kill before my flight, it wasn’t a great detour, and I’m glad I did it. It’s only about 15 minutes’ drive from Sorrel Hill and about 40 minutes from Dublin Airport.

There’s a steep and narrow, but perfectly fine, road leading from the N71 to a barrier at entrance to the woodland on the hill, and enough parking space for a few cars to park on the side of the road. This was quite a popular place on a sunny winter’s afternoon, and I was lucky to find a suitable spot.

Getting to the top of the hill is easy. It’s a 10 minute walk up a simple track from the barrier through the woodland to the top of the hill which is covered in masts with various microwave dishes. One other website describes the hill as a ‘porcupine’ and that’s fairly apt – not all of them are visible in the picture below. 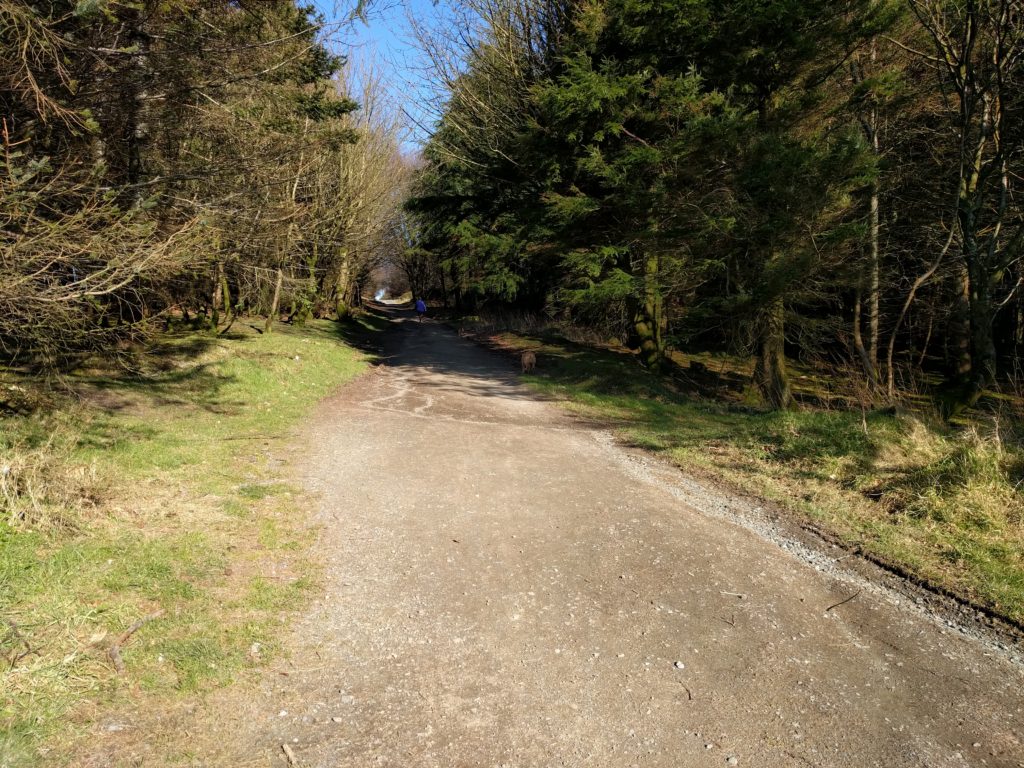 The track through the woodland on Saggart Hill 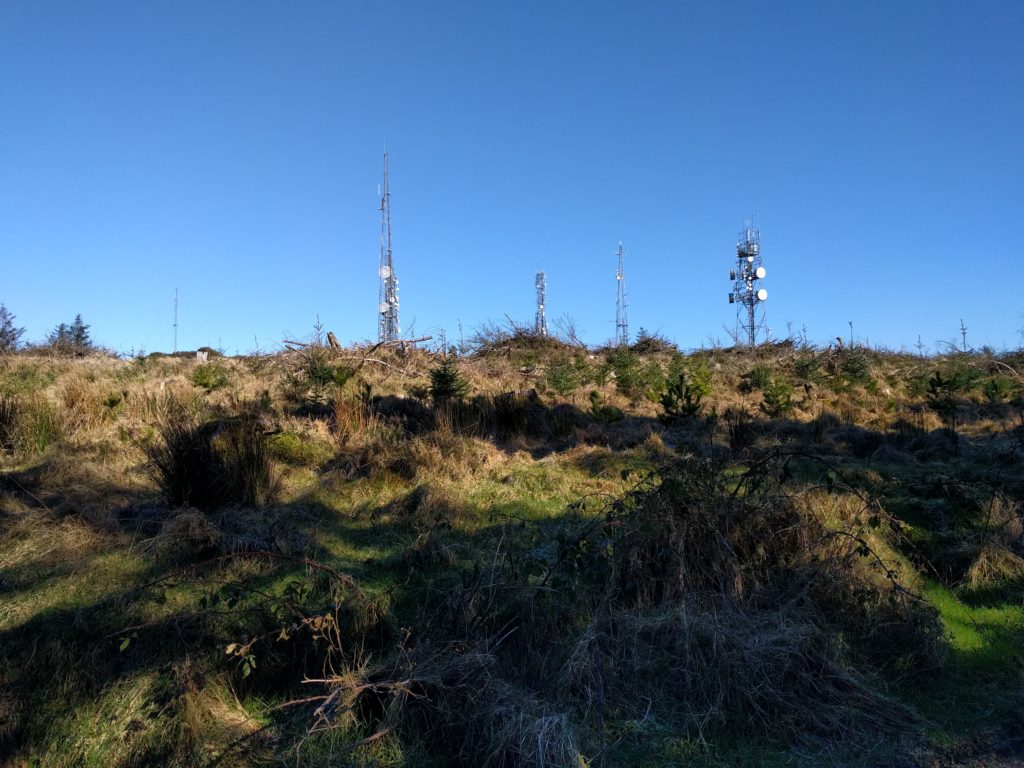 Some of the masts on the top of Saggart Hill

I found a quiet spot in a small clearing in the woodland to set up my own (fibreglass) mast. Given a lack of both space and time before my flight, I didn’t bother properly setting up the dipole and let the legs hang much more loose and lower than I would normally. As this was an unplanned bonus hill, I decided to accept a poor SWR and weaker signals if I could just get the four QSOs I needed for the points.

In the end, I was pleasantly surprised that the location wasn’t at all noisy on 30m (a particular surprise given that I was near an overhead powerline feeding the masts) and I managed 14 QSOs. 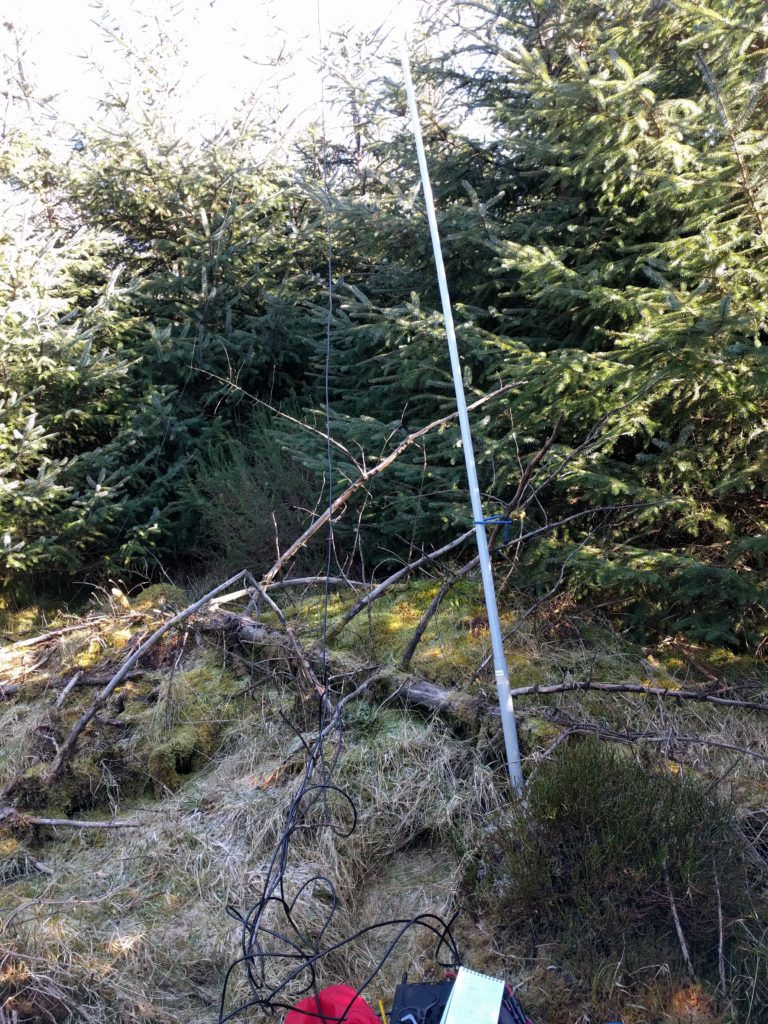 My quick setup in the woods on Saggart Hill

This brought me to the end of the three day trip around the Wicklow Hills, with 54 SOTA points (including Winter Bonuses) and 84 QSOs in the bag.