This weekend I was fortunate to be invited to Terry G3VFC’s 70th birthday party with a difference. Planned by his sons Richard 2E1EVK and Rob M0VFC, the object was for a group of us to set up stations in a local Scout hall and to make QSOs with 70 DXCC entities. 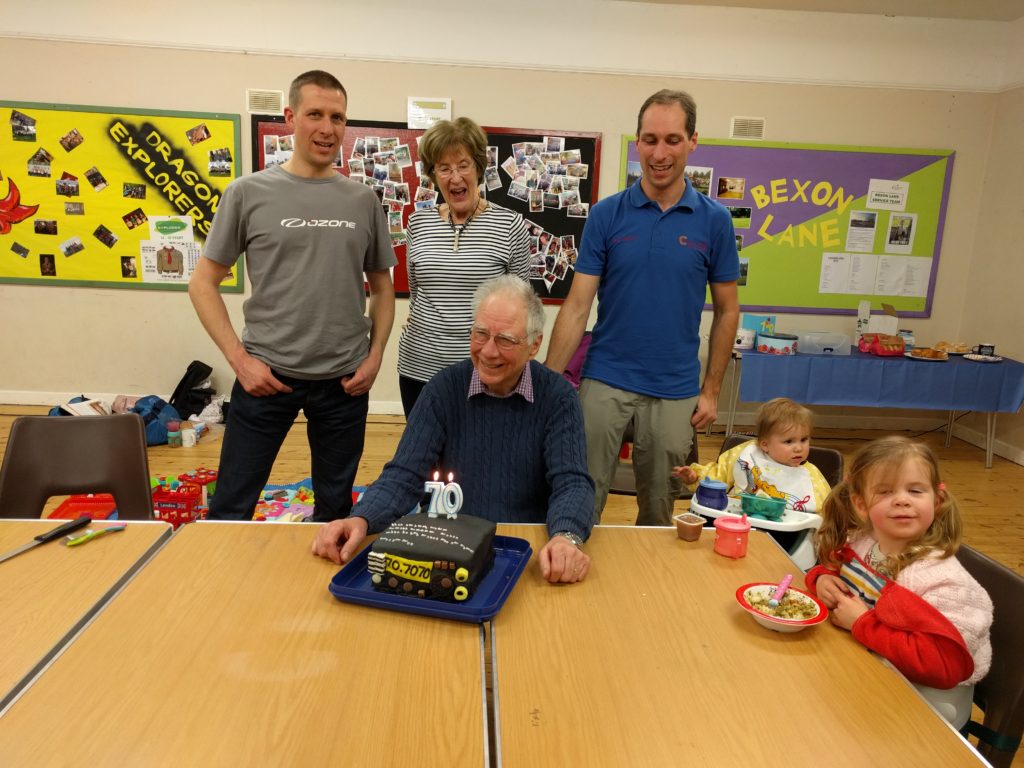 G3VFC with his 70th birthday cake

In the end, we didn’t quite manage it – we made a total of 430 QSOs with 55 DXCCs. This was partly due to a noisy location (though a separate RX antenna did help), and also the ARRL DX CW contest, which meant that there was little DX that could be worked on that mode. Conditions were also atrocious, especially on the Saturday.