Once in a while, two Cambridge primary schools, Queen Emma and Queen Edith join together for a day of extra-curricular, but curriculum-linked, activities for their students on a Saturday.

Today, the theme was ‘Spoken Word’ and so Cambridge 105 Radio were invited along to give the pupils an experience of being on the radio. So, we took our Outside Broadcast van, Flossie, along to the school for a very unusual event.

The basic principle of what we did with each child was simple: a one-minute talk-up, formed of general conversation, to ensure the children weren’t too nervous. This was followed by a real news story to read for the older children. For younger children, they could read the weather forecast or, for those who weren’t of a reading age, they were allowed to make up the weather forecast. Finally, they were allowed to choose a song they would want played after the news. 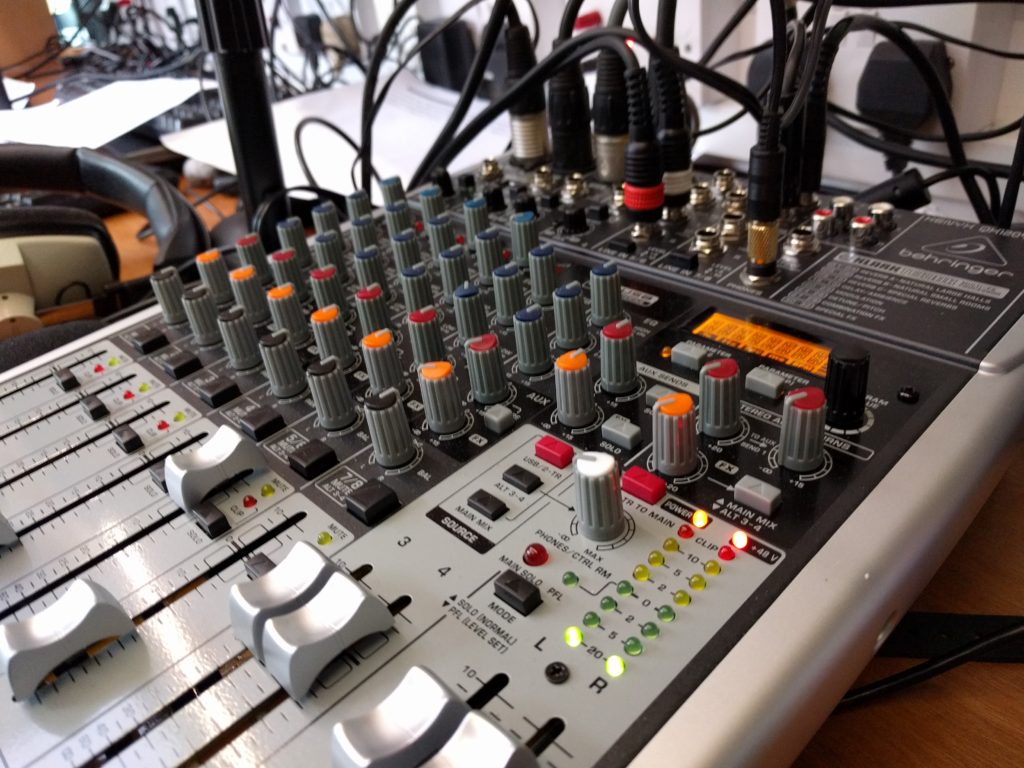 Mixing desk in the Outside Broadcast van

While none of this was broadcast live on-air, it was all recorded, and we are making the recordings available to the schools for distribution. We have also created a short ‘package’ of the material, which is scheduled for broadcast on Monday at about 4:30pm. The entire thing was, however, ‘broadcast’ in the playground over a set of PA speakers, so that friends and family could hear.

The objective was to demonstrate that reading from a script with little preparation time is surprisingly hard, and so the TV news readers they might see are actually doing a difficult job. I must say that the children, even the youngest ones, did a great job and despite some complex words in the scripts, the quality of the ‘reads’ was very high.

While there, we were also given a 30 minute slot to give a short presentation to the children about how radio works, and how you make a radio station. Naturally given the age range of the target audience, we were limited in the detail we could go into, but we were able to cover the basic principles of the electromagnetic spectrum, Morse Code, AM radio, programme scheduling, and the need to put aerials somewhere high.

Our thanks to the schools for inviting us for a very fun event. It seemed to go down very well with the pupils too, with at times a decent queue outside the van, despite the chilly weather. We were also pleased to hear that many children were leaving us excited about the opportunity we’d been able to give them .

Update: You can hear an edited version of the results as a podcast.