As many of you will be aware, one of my many volunteer roles is as an Outside Broadcast Engineer at Cambridge 105, Cambridge’s Community FM radio station.

There are essentially two types of Outside Broadcast music events that we run: those where we do the live music mix, and those where we just take an existing feed and add to it. One of the latter sort of event was our live broadcast from the Cambridge Band Competition at The Junction on 29th March 2014. This is the behind-the-scenes engineer’s view. 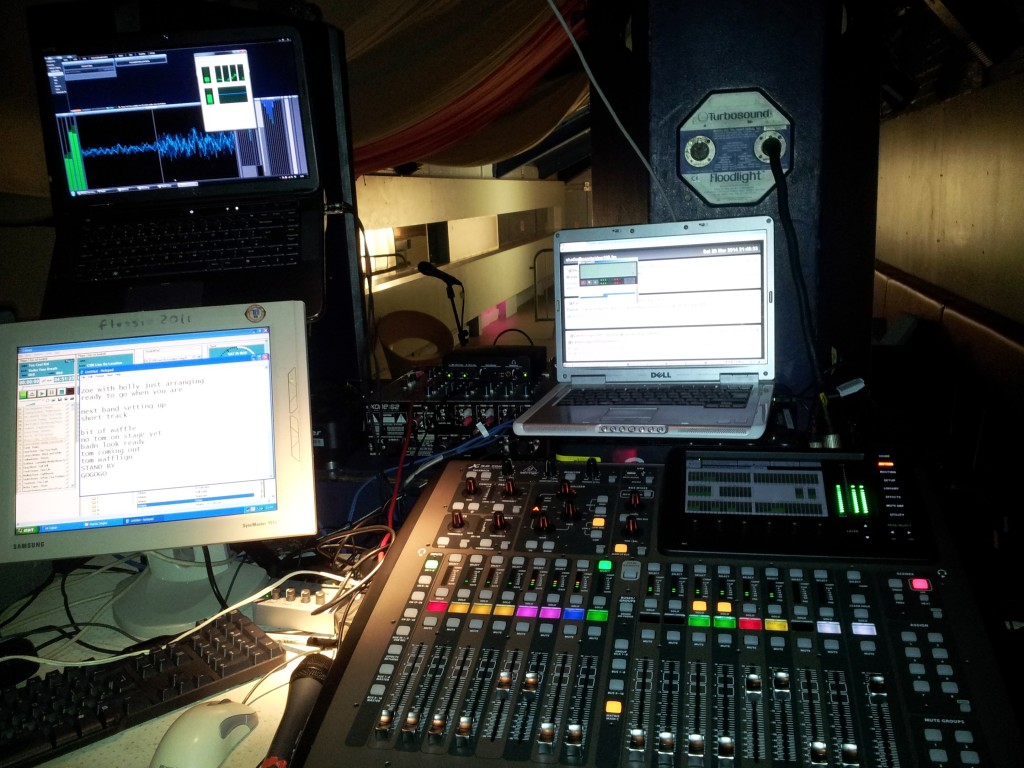 So, what’s going on here?