With 80 SOTA points in the bag from Saturday and Sunday, by Bank Holiday Monday it was looking likely that 100 points in a weekend might be achievable.

We stayed the night t the Hotel L’Ermitage in Ventron, since this is right at the start of the path up the Haut de Rouge Gazon, the first hill for today.

There are multiple paths up the Haut de Rouge Gazon, but at the hotel, all of the paths start from next to the tennis court. From there, you can follow either the red outlined circle signs (the ‘Route panoramique’), or the blue outlined circles. The red circles form the cross-country skiing route in the winter, and therefore the path is wider and less steep, though consequently less direct. The blue circles are suitable for walking and cut off some of the hair-pin bends, thereby making them slightly steeper but more direct. It took me a little while to work this out, so on the ascent I did a mixture of the two routes (taking 50mins) and on the descent I stuck to the blue circles (taking 40 minutes). 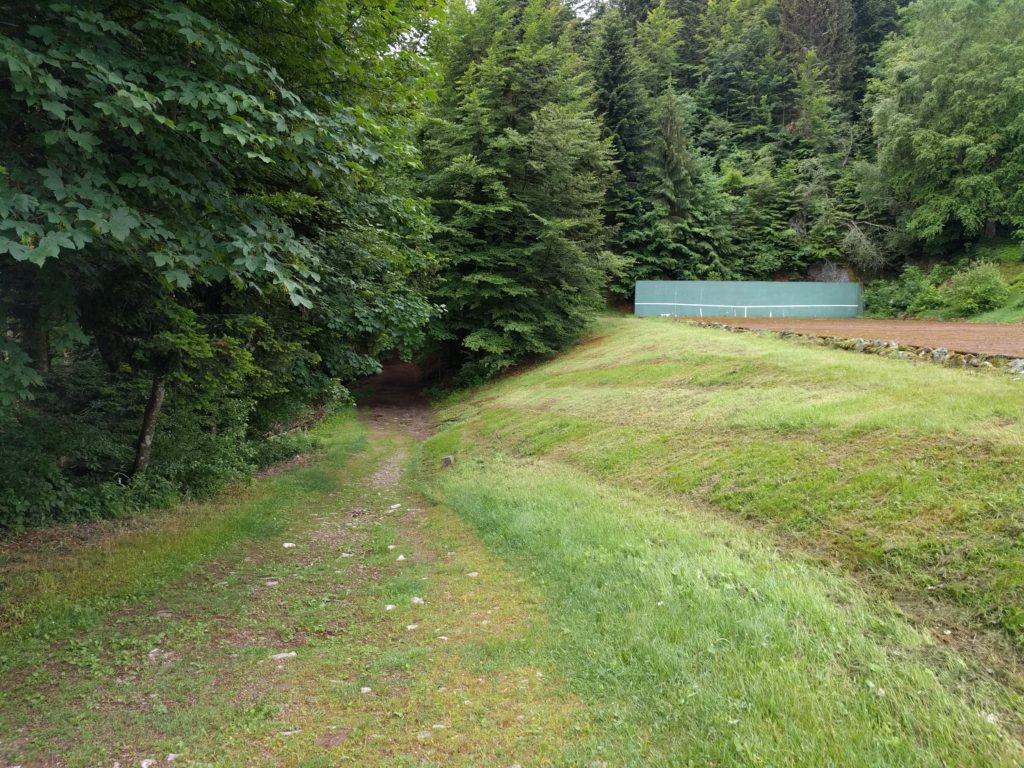 The start of the path up the Haut de Rouge Gazon, next to the tennis court 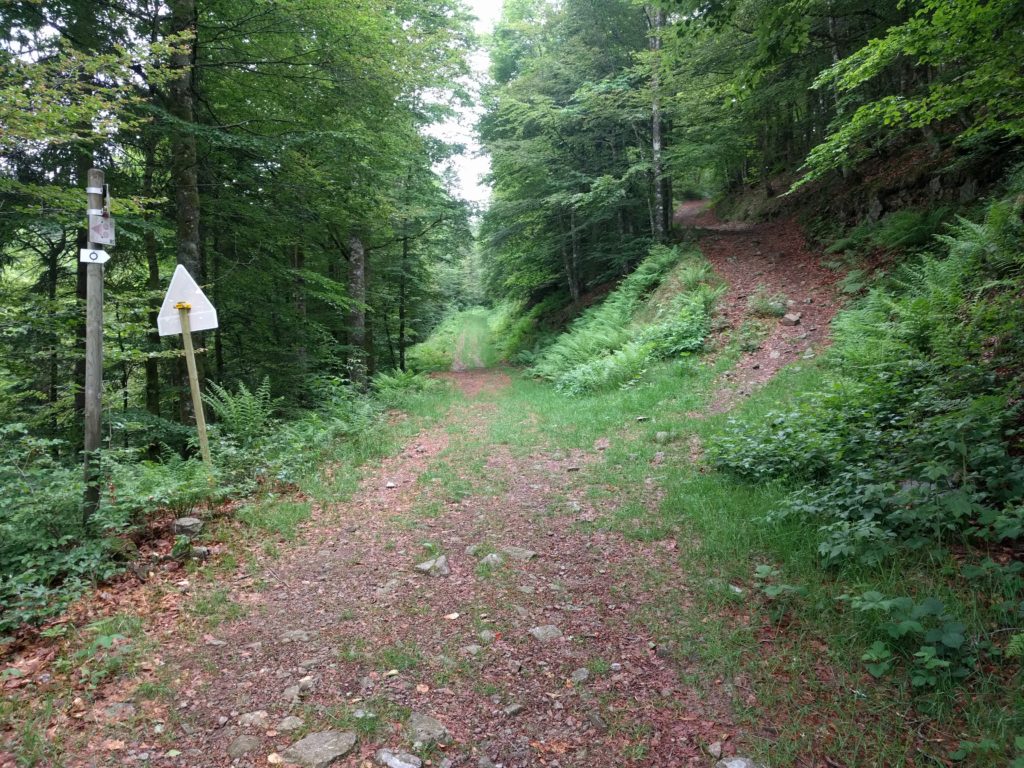 The choice of paths up Rouge Gazon

Either way, you eventually come out beside the top of the ski-lifts, where the paths turn away from the summit. At this point, quickly cut through the trees to join the wide ski-run towards the highest point. It’s a very pleasant walk, with a climb of about 120m ascent over 4.2km, making it the longest walk of the trip. 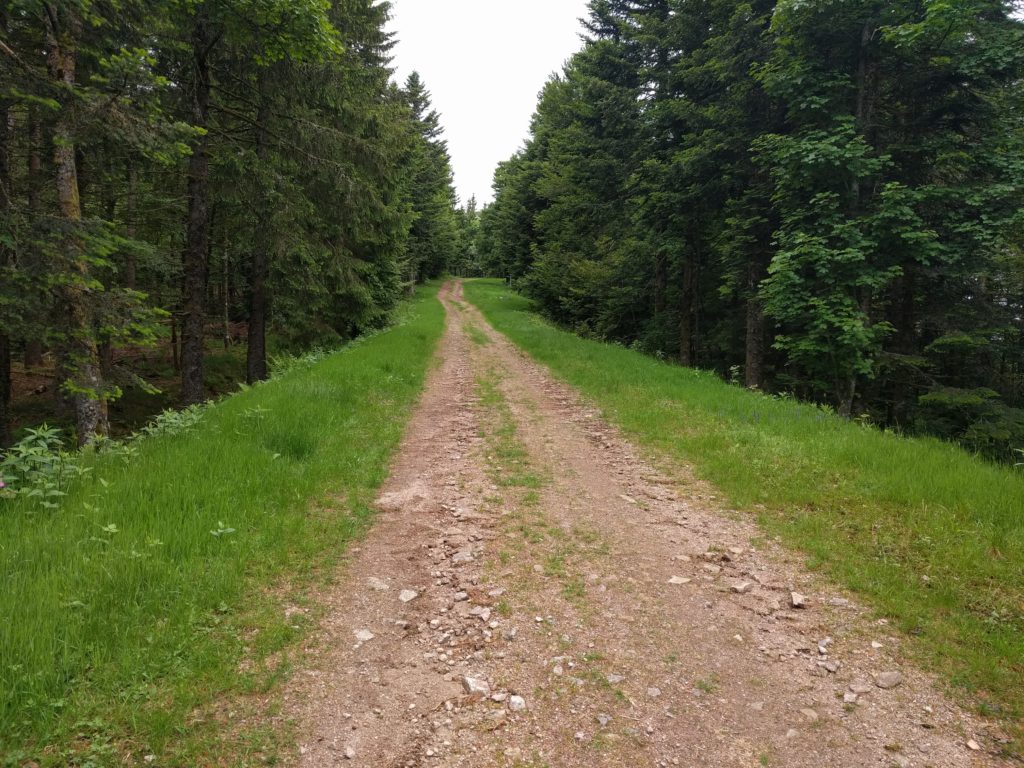 Walking along the ski run on Haut de Rouge Gazon

Once at the summit, and at this time of year with the skiing closed, there’s masses of space to set up and I quickly made 8 QSOs to qualify the summit on 30m CW. 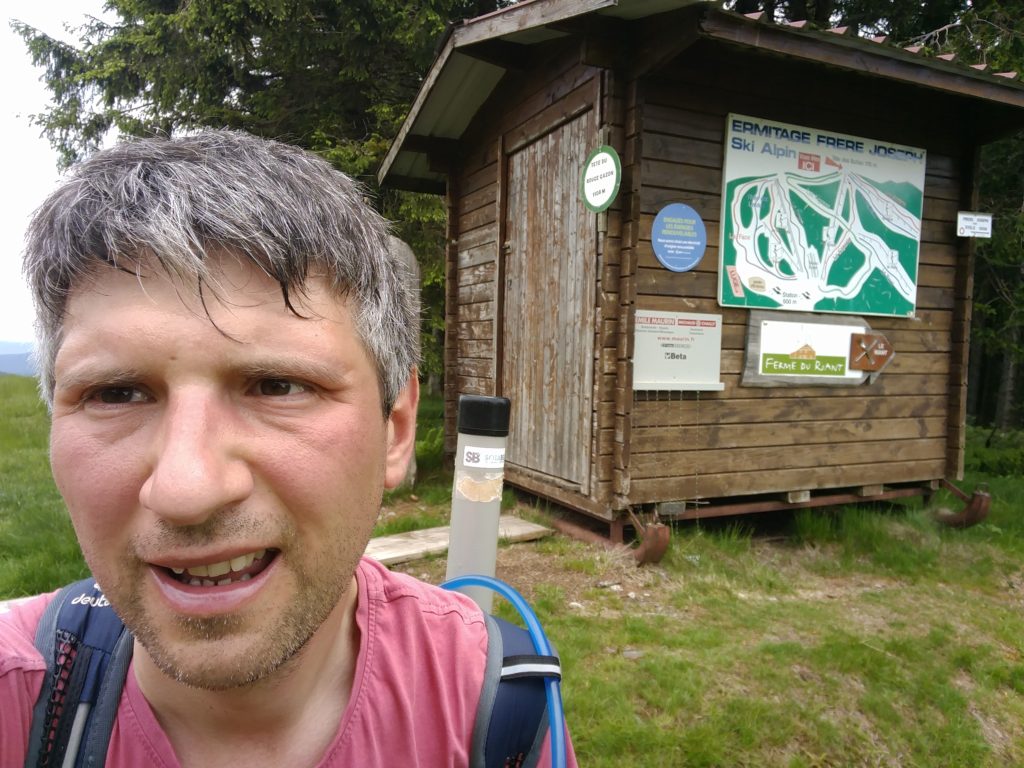 Me on the summit of Haut de Rouge Gazon

And so, with 90 points for the weekend to-date, it was time to hit number 100. The path to the Haut de Brampas starts from the Col du Page, about 10 minutes’ drive from L’Ermitage Saint Joseph. As with yesterday’s hills, this is a forest walk and, again, I struggled to maintain a GPS lock, meaning that the trace below is somewhat inaccurate.

The path is wide, and obvious but, as with yesterday’s ones, it does avoid the summit, so at some point you have to cut through the trees and find your own way to the highest point. This is easy enough on the way up, but on the way down, navigating solely on paper map and compass, I took a slightly wrong turn and ended up heading in the right direction but without loosing height, meaning that I didn’t find the path for some time. Consequently, although it only took 15 minutes to get up the hill, I took 20 minutes coming back down. In terms of steepness, it’s about a 140m ascent over 1.6km. 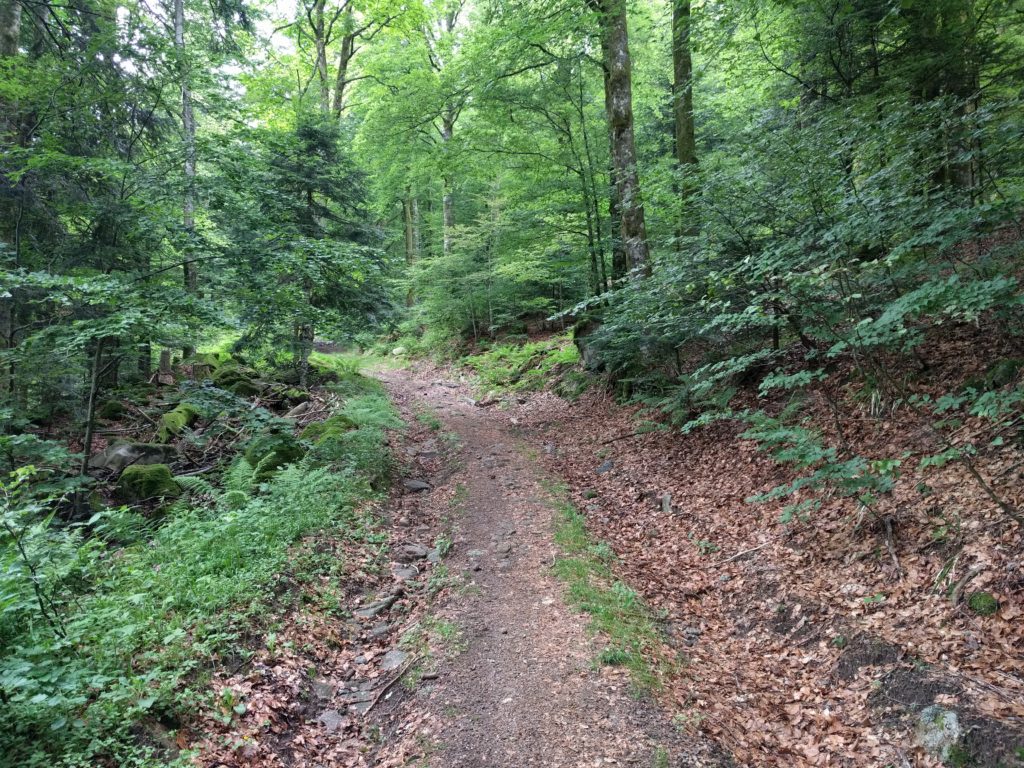 The path up the Haut de Brampas

There’s very little else to say about this hill. It’s another, fairly boring, bit of forest, but with the addition of a load of flies, making operating uncomfortable. Sending CW cleanly while swatting flies with your other hand takes some practice!

I managed just 6 QSOs from here before packing up, having reached my goal of 100 points in the weekend.

Those 100 points, however, took me to an all-time SOTA score of 495, short of half-goat status by only 5 points. Luckily, there’s an easy-to-reach 8 point hill just outside Thann on the way back towards Basel airport. It’s about 40 minutes’ drive from the Col du Page, and starts from the carpark on the Col du Hundsruck.

Again, there’s not too much to say about this route. You start on the main marked footpath heading behind the hill from the Col (initially losing height) and then, around 47.8047N, 7.04984E, you take the forest logging tracks that zig-zag up the mountain to the summit. It took me 30 minutes to climb the 120m ascent over 1.6km, and about 20 minutes to come back down. The ground is rather loose in places, so I found my hiking pole useful, but it’s not a difficult climb. 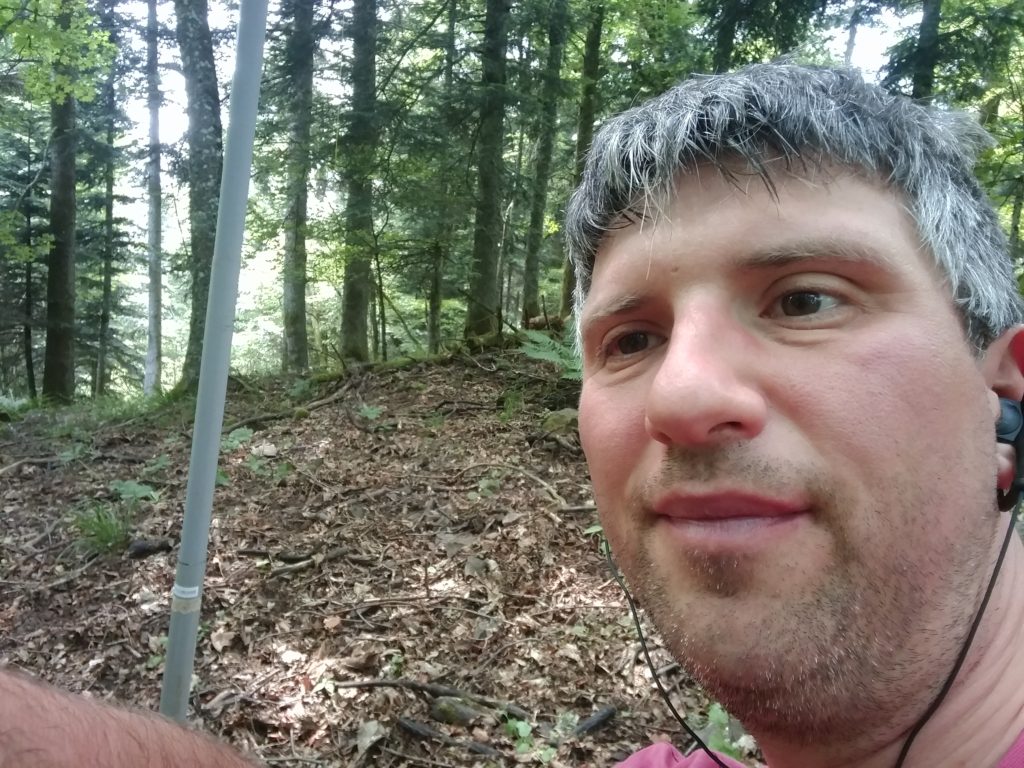 Me on the summit of Kuppelthannkopf

13 QSOs, including 3 S2S QSOs, took me past the magic 500 points mark but, as with the Haut de Brampas, the flies swarming around me slightly marred the celebrations!