After two flights (London – Oslo, then Oslo – Longyearbyen), we’ve arrived in Svalbard. This is the view from the shack, taken just after we arrived (about 00:30 local time). The midnight sun is very real! 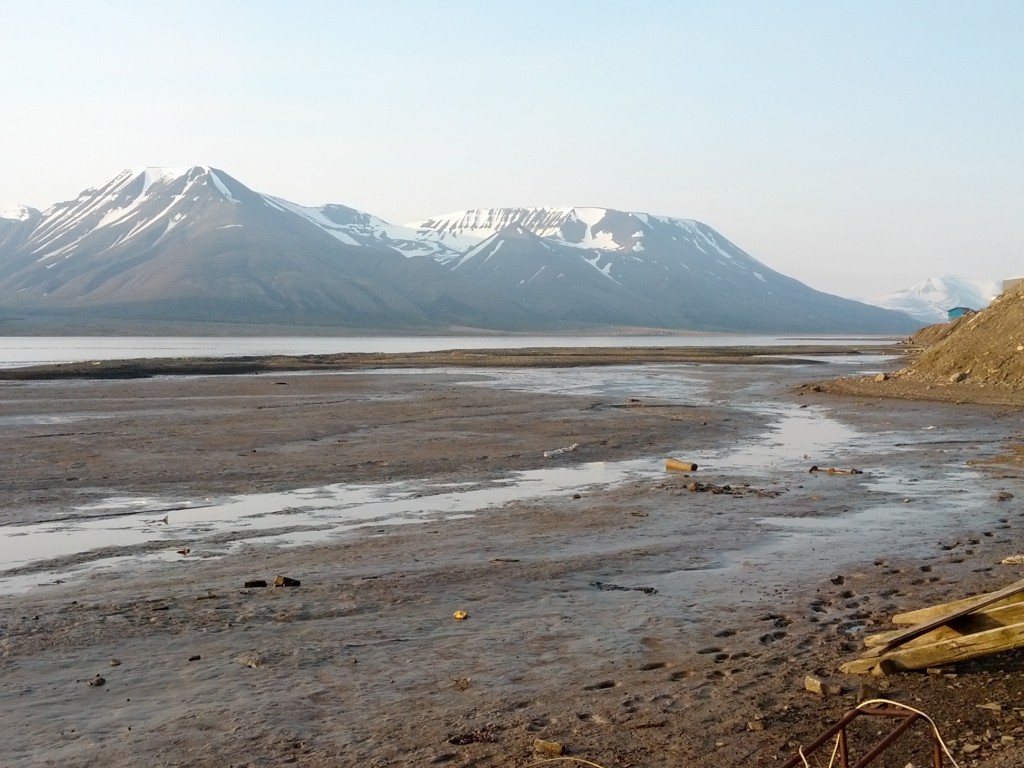 The first surprise, we have mobile phone signals and the shack has internet. So, our fears about lack of connectivity were slightly misplaced. Nevertheless, we’re still going to be uploading logs via the Iridium satellite link, and we’ll be doing APRS over HF, because we can.

The JW5E shack has been slightly reconfigured since the video W2NAF took last year but some of the antennas no longer work efficiently. As I type, this is the current situation (which may change over the week):

We’ll be on during the IARU contest – we’ll be giving reports but we aren’t entering: with so few bands open this far North and multiple callsigns between us, we wouldn’t be able to be competitive. 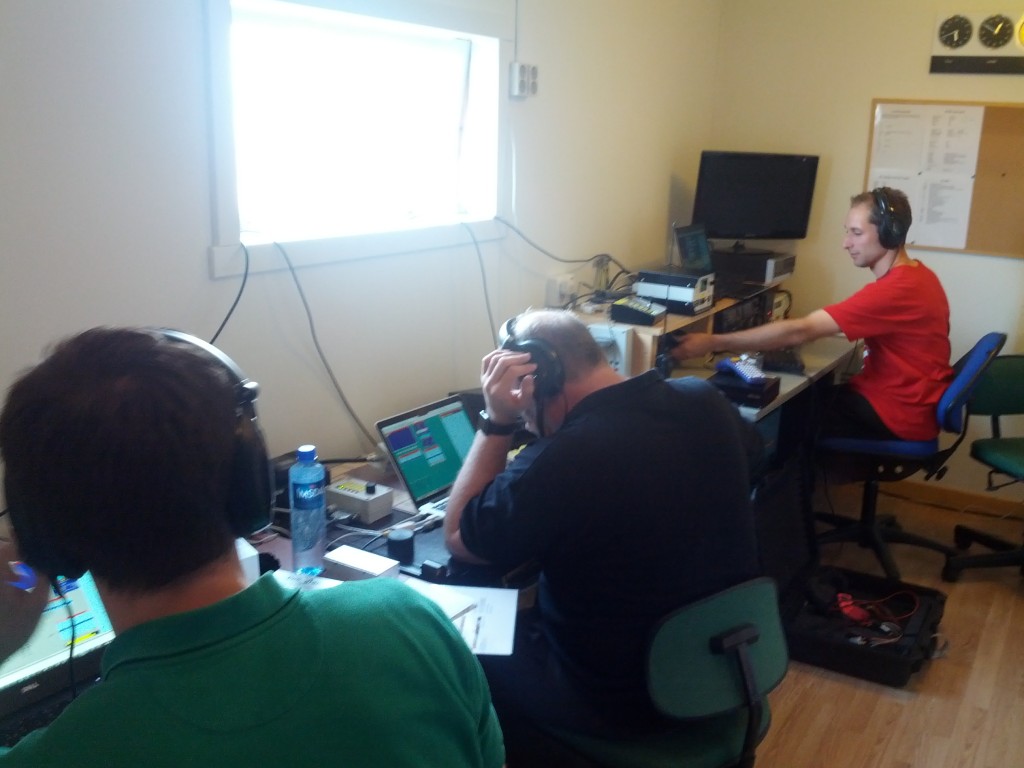